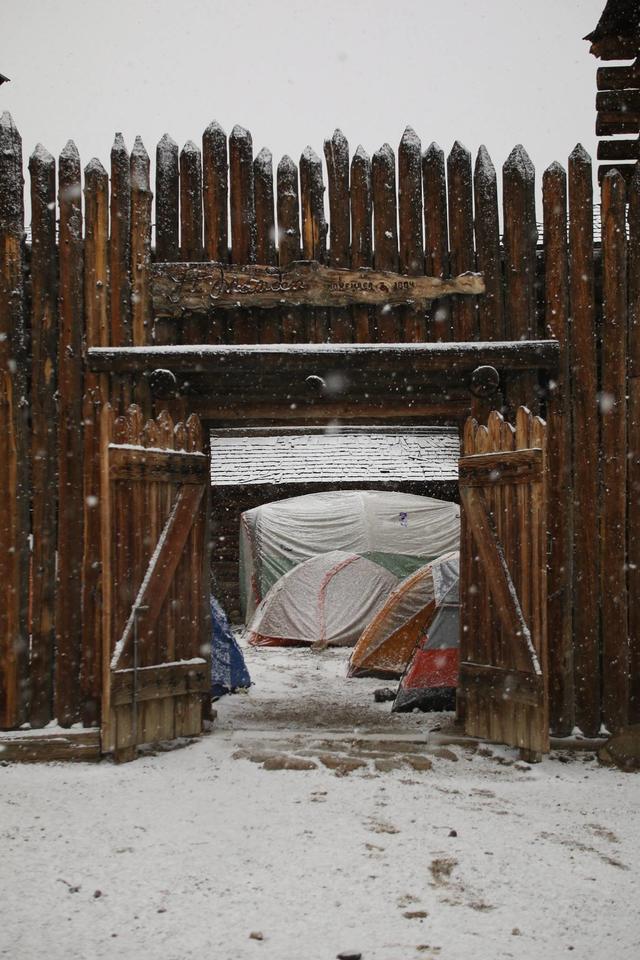 Troop 111 planned on starting the year with a trip to Joshua Tree National Park, but the recent government shutdown caused the park to close. The scouts chose to visit Camp Three Falls, a troop favorite, instead.  On Saturday, the snow began to fall, and continued throughout most of the day. Most of the boys spent their time having snowball fights, playing in Fort Lockwood, and playing board games in the mess hall. Some boys took a 5 mile hike to North Fork Falls to work on their hiking merit badge. The camp also opened up the shooting range for shotguns. The cooking went great, and many of the boys used the trip to work on their cooking merit badge. Thankfully, the snow didn’t end up blocking the roads, so we were able to leave on time. Overall, It was a great weekend of camping and playing in the snow.