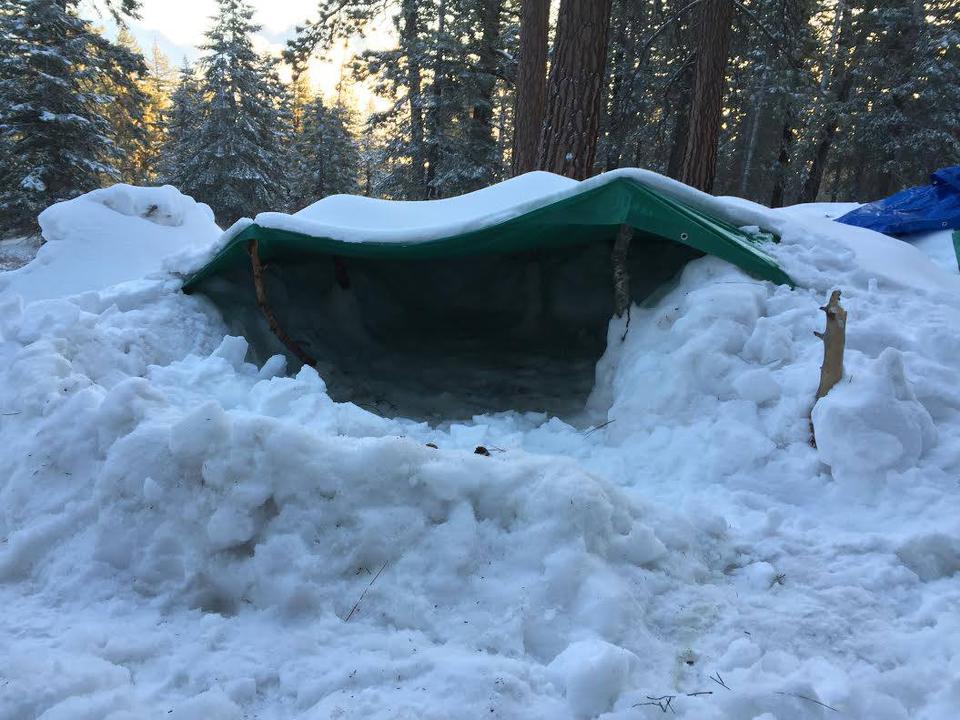 At the very first meeting on March 3, the Scouts divided themselves into three patrols and elected their patrol and troop leadership. The next day, it was off to winter camp at Mt. Pinos, where volunteers from the Upper Ojai Search and Rescue team taught the Scouts how to treat victims of hypothermia and how to build a snow shelter. Three inches of snow fell on the camp over Saturday night, so the boys emerged from their tents in the morning to discover a beautiful pristine snow scene.

The Troop also spearheaded the coordination of a service project with the U.S. Forest Service and several other Scout groups to bring more than 50 volunteers to Matilija Canyon. The Scouts spent the day removing all the graffiti along a four-mile stretch of the trail.

Our charter organization, The Elks, sponsors an annual St. Patrick's Day Parade, and our Scouts carried the banners along the parade route and helped guide and support the smaller Cub Scouts who were also along.

April is off to a busy start, with the boys heading to the Sespe Wilderness for an overnight backpacking trip, with camp set up just about a mile and a half from the trailhead. This was a shakedown trip, a chance for the boys to try out new gear and, for those who have not backpacked before, find out what works and what doesn't. The patrols planned, shopped for, and cooked their own meals--and swam in the swimming hole!

We now have 36 boys on the roster or in the process of getting registered, so we're growing fast. Stay tuned for more adventures in the coming months.