Looking for your Boy Scout Troop in a different city? Find it in our unit directory. 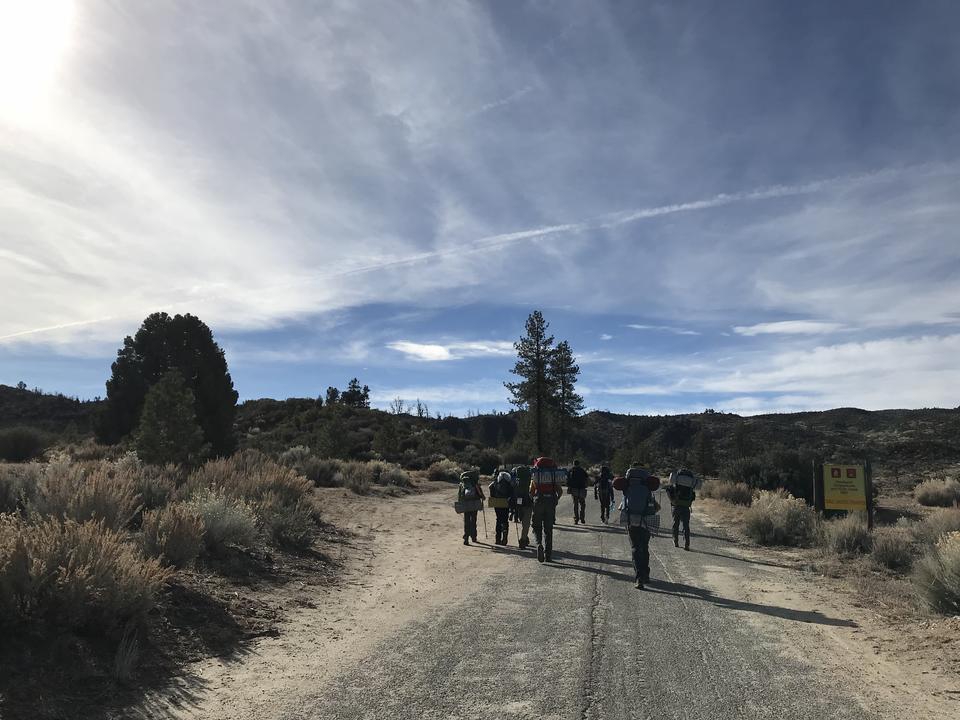 On Sunday, January 14, a crew of troop 111's High Adventure Candidates set off on a backpacking trip to find the small, secluded campground known as Pine Spring. Arriving at the trailhead at around 9:30 am, the group ventured into the wilderness. They followed the Grade Valley road for a few miles until finally arriving at camp. After having lunch and setting up camp, the scouts decided to do something with their free time. The main events for that evening were orienting maps, building fires, and also lounging is luxurious hammocks, but some Scouts decided to take advantage of the nearby leaders and got some sign offs. The night was clear and full of stars, with few clouds in sight. After a calm and rejuvenating nights sleep, the Scouts refiltered and refilled water bottles, then set off. In order to get some extra mileage, the crew followed the Piano Box Loop, adding an extra 2 miles. They arrived at the trailhead around 1:45 pm on Monday, then headed back home to Ventura. 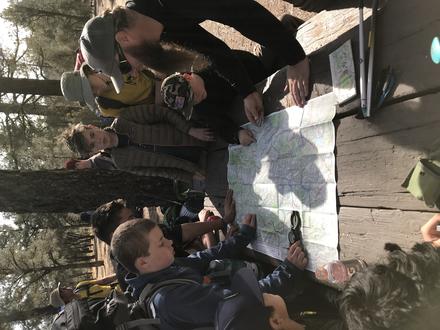 On January 5th, a large portion of Troop 111 departed on the first Winter Camp of the season. This car camping trip was stationed in Camp Three Falls, a popular boy scout camp that many of the scouts had visitited before. The activities included skeet shooting (shotguns), hanging out in the fort, and an endless supply of board games and hot chocolate. There were other troops there, and some of Troop 111 participated in some high stakes Risk games.

Due to the recent attacks of the Thomas fire, several boys from Troop 111 helped clean up Mound school parking lot as well as several other areas. They swept dust, picked up leaves and sticks and disposed of them in trash bags, and overall, made the school look good as new. The reason we did this is because many students, including me, feel a clean school is normal, and without the help of Troop 111, Mound would leave those who were affected by the fire arriving at school constantly reminded of the Thomas Fire.

Also, Several groups of scouts took shifts at the Ventura Masonic Lodge and helped distribute clothes to fire victims. They folded and hung up clothes, sorted sizes and picked up trash.

On the 10th of November, 43 members of Troop 111 attended the annual ROCstock car camping trip. They had built the rockets over the course of several meetings and finally had the chance to launch them. It was a blast. Literally. Many scouts recalled the fond memory of someone's rocket exploding. The members of Troop 111 were able to launch their rockets and also watch the many others. The day ended with night launching, rockets equipped with lights and glow sticks so you could see them fly. Unfortunately, some rockets were lost, others exploded, but they had a great time. Besides the fact that no one can hammock it, seeing as you sleep in the middle of a dry lake bed, almost everyone loves ROCstock and cant wait for the next one. 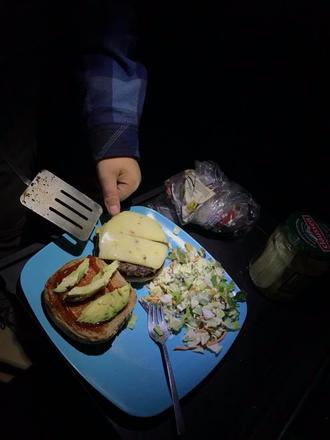 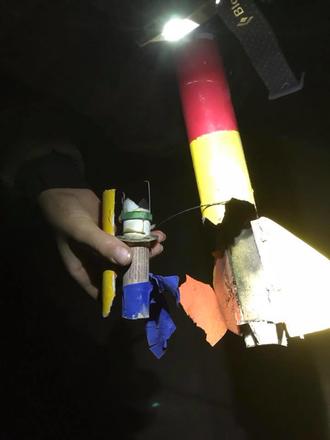 The summer of 2017 held one of the most amazing events in troop history.

A month after celebrating Troop 111's first birthday, the scouts took a small backpacking trip out to Cottonwood, one of our favorite swimming holes. Two scouts who had just bridged that night accompanied us on the night hike. THey had a great time on the hike and in the swimming hole, where we spent most of our time due to the hot weather.

Only two weeks after that backpacking trip, a few boys headed off into the Sespe for the 8-day High Adventure Trip. It was long, hot and very buggy at some points, but after interviewing some of the boys later, the group thought it was awesome. They started at the Upper Reyes campground parking lot and hiked 5 miles to a camp called Bear Trap. On day two, the boys hiked an incredibly muggy 7 miles up to Pine Mountain lodge, and created a "Hammock City". The next day, the group hiked another 7 miles down the steep grade into the same Cottonwood from a couple of weeks ago and spent a zero day there while they swam in the watering hole. After the zero day, due to a lack of water at the top of the ridges, the boys changed course and hiked ten miles to the Willett Hot Springs and spent the night at the cabin. On the way back to Bear Creek, the scouts encountered a sweltering heat of 105 degrees. It was so hot, that when they got back to Bear Creek, the group decided to spend another zero days there. The last day of the trip was spent hiking 5 miles to the Piedra Blanca parking lot and had hiked a total of 43.2 miles.

Two DAYS after HAT, the scouts participated in the Ojai Valley preserve patrol. The scouts that attended helped patrol the border of the Preserve on the fourth of July, making sure that no one passed through to see the fireworks. Sure, they just sat in chairs eating chips and shining their flashlights once in a while, but it's all about the experience.

A couple of weeks later, the boys took to the road for another away camp and drove up to Camp Three Falls. Once there, the scouts learned special skills as they worked toward merit badges. It was a phenomenal trip, and the boys had a great time. Some of the Merit Badges awarded were Lifesaving, Pioneering, Archery, First Aid, Woodwork, Leatherwork and many others. Instead of working toward Merit Badges, the scouts had a choice to either work towards their ranks, or have some free time. The food was breathtaking. I mean, seriously, it was so good I had to take a breath once in a while between shoveling it in my mouth. At the end of the trip, we learned that our troop had earned over 70 Merit Badges. Staggering, isn't it?

Our last trip of the summer was truly astounding. We traveled to Scorpion Landing on Santa Cruz Island for three days as we worked toward our rank advancement, Merit Badges, and other skills while the Green Bars planned out the 2017 - 2018 Troop calendar. Our troop is so full of young inventors and entrepreneurs that one scout earned the Spatula Award. Every once in a while, the Troop will hand out special awards to recognize the boys that have done something that stands out. One Scout realized that there was a shortage of spatulas during the trip and decided to do something about it. He took a square of cardboard and Leatherman™ pliers and made a spatula!

The last event of the summer was the Troop Court of Honor. A Court of Honor is a recognition for the Scouts in the Troop that have completed certain requirements and are awarded Merit Badges, Ranks, and other special awards. These CoHs, if you will, are held three times a year, (June/July, September, and March) so we've accumulated all of the bling the scouts have earned over the past four months. 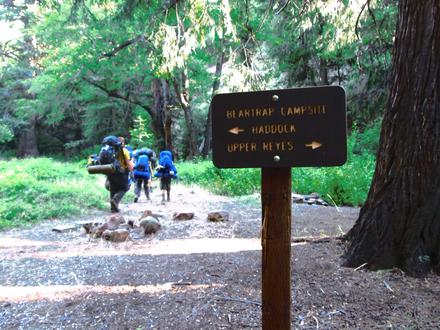 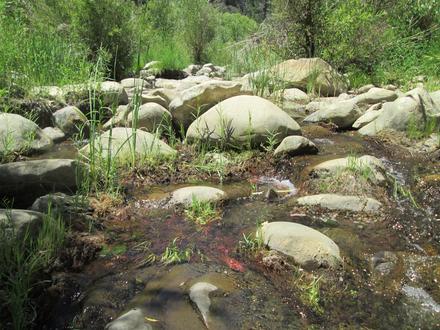 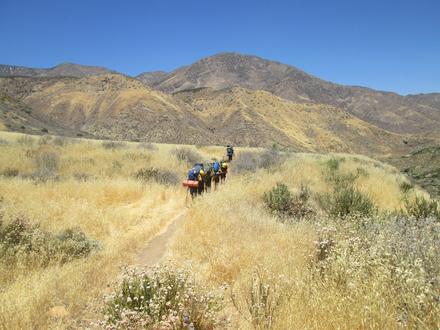 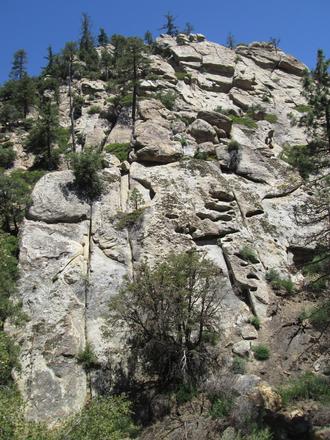 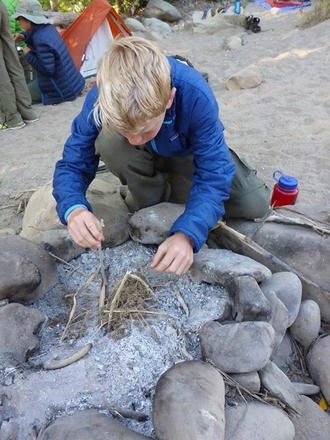